Cohesive & Cohesiveness – Am I, are we?

by Talat Gokdemir
Comments Off on Cohesive & Cohesiveness – Am I, are we?

13/6/13 – Before I start mumbling, lets first see what Wikipedia has to say about the word ‘Cohesiveness’.

“… A group is said to be in a state of cohesion when its members possess bonds linking them to one another and to the group as a whole. Although cohesion is a multi-factored process, it can be broken down into four main components: social relations, task relations, perceived unity and emotions. Members of strongly cohesive groups are more inclined to participate readily and to stay with the group…”

Being in Cyprus for the last twelve days, I’ve been trying to define the way I feel and think here. I find it very interesting that it’s hard for me to feel cohesive in any way. This could be due to that I’ve only been here for a short time but realistically, I’ve been here for two thirds of my life. The experience of growing up on this island has shaped who I am today, although never to the point of defining me. I knew early on that satisfaction was never going to appear here. 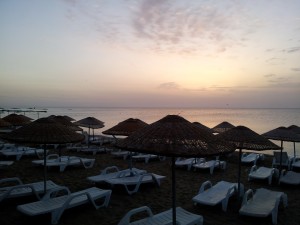 ‘Social relations’ is the first of the four main components mentioned in the Wikipedia entry. The first thing I notice about myself when I returned to Cyprus (or the various visits before) is that I’m much more inept in the Turkish language. Writing has never been a problem but vocally, English has always been more easier and a language more accesible for me to articulate. I feel this has a negative effect on my social relations, although I’ve never really had trouble making friends in any point of my life. I’m less of myself during my times here, that’s for sure. There are sparse occasions of relaxation but otherwise, never a total immersion of cohesiveness.

The characteristics of the Cypriot people are also much more vague to me than the everyday folk of London. It seems like you never really know what they are thinking of or plotting. This tends to be a result of a more closed minded culture. 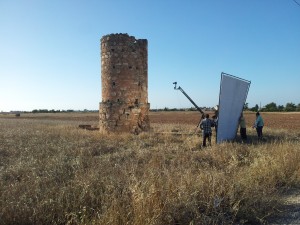 As a filmmaker, envisioning a project here, is far from easy. ‘Task relations’ is the second component of ‘cohesiveness’ and comes into play very often, especially as I continue to struggle to come to terms with the way things have to function here in order to produce an original piece of work. Currently, I am an assistant director on a short film being shot which has quite a decent budget, talented individuals both in front and behind the camera, and a touching narrative. As the industry is so fresh here, organising a project in a healthy manner is tricky and demands plenty of time. I’m doing my best to learn from the mistakes being made in order not to repeat them on my own film, which I’m hoping to shoot in September. It’s the only reason I am here (besides the two weeks of compulsory military service). Each day is a struggle of patience and the burning summer sun acts vengeful for no apparent reason.

As I’ve been involved with filming here since 2005, I know how the people function but I can’t help but need the occasional prod to remind me that things don’t work the same here and that I will need to put twice the effort to be able to achieve completion of my project. 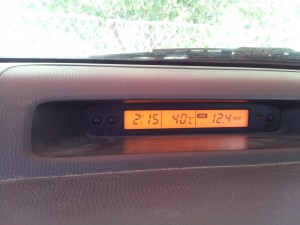 Cyprus has always suffered when it comes to ‘perceived unity’, the third component. Politically, the whole history is a mess and the ominous numbness is a continuous poison for the inhabitants of the island. Every holiday here reminds me of a more positive past of being active, on the streets, demanding rights and a solution. The demonstrations that are currently taking place in Istanbul, Ankara and throughout Turkey which started as a protest against the demolition of the Gezi Park and evolved into something much bigger should be an example of how the people are the most important part of a nation, not the leaders or any force. I can only hope for the people here to fight for their rights and be their own masters but for now, it’s only hopeful thinking.

More than ten years have passed since the exciting days of the emergence of the Annan Plan to finally solve the Cyprus issue and to be honest, since that disappointment, like many people, I have lost any unity towards the cause and Cyprus itself. I’m rarely a pessimist but until I see that glimpse of a spark of the light that will blow the lid off this box, cohesiveness is non-existant. 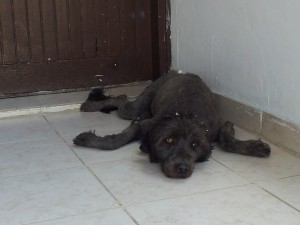 The feeling of caring, being cared for, sharing life, the simple but amazing feeling of a hug.. According to Wikipedia, ’emotions’ is the final component of cohesiveness. It’s how we connect, how we choose to connect. No matter how much a ‘man’ I can be, it’s truly tough to be away from people you dearly love and a pain to be distant from a place you call your home. It can cloud your judgments, take over your thoughts and dictate your mood – all because we have the ability to bond, in another word, to be cohesive.

Cyprus was once my home, although more due to necessity rather than a choice. Being in my late twenties, I can now see more clearly that life is a bitch of a rollercoaster ride, that is being constantly constructed. Although I don’t particularly enjoy them, I have the tendency to take these rides quite a lot. They have their slow parts and then really crazy sections of utter lunacy. Now it seems I’m somewhere towards the middle of one of them where I kinda know what to expect and just have to be brave enough to face any surprises that may pop up.

Not every blog entry has to be cohesive in nature. Just like this one, it can use the word as a starting point and just reflect my state of mind. It’s been a while since I updated my blog and there is so much going on in my life right now and the responsibility of juggling all can be daunting but I can also feel it’s making me stronger as a person. Definitely not cohesive though.