Konsomatris: From Conception to Culmination (Part-2)

by Talat Gokdemir
Comments Off on Konsomatris: From Conception to Culmination (Part-2)

12/01/2020 – The advantages of filming in North Cyprus are also equally balanced out by its disadvantages. There isn’t a functioning film industry, so seeking cast and crew is not the easiest task. Yet there is a crave for art and creativity and this means you are bound to find the right leads with enough luck. Following a tip from a close friend, I met a young man named Nehir in February 2018 for a chat. I had also brought along a couple of pages of a scene that I had written down for him to read. On subsequent visits, Ali and I met many other aspiring actors, most of which were studying drama and stage performance at university. Yet Nehir always brought something special to each of our meetings, and that solidified our thinking to cast him in the main role of Ahmet. 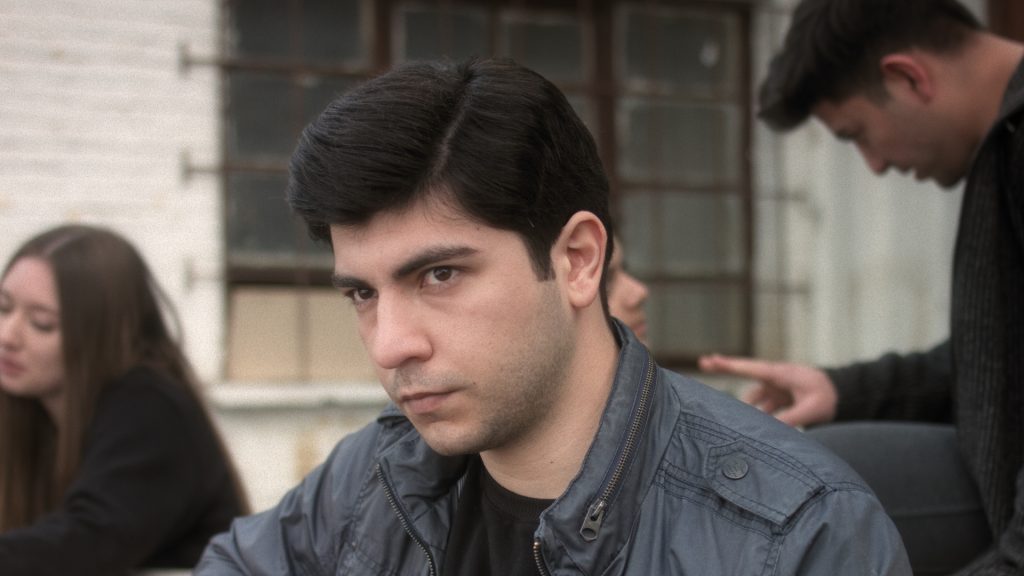 To cast Veronyka, we had to forgo the possibility of casting in Cyprus. Being a relatively small community, people were not keen on portraying a sex worker which meant looking elsewhere. Although nightclubs and what goes on within them is very clear to everyone, it also sadly remains a taboo and not many people like to speak about it. Following a call out in London, and meeting a few candidates, Maja Laskowska clearly emerged as the one to commit herself to embarking on a memorable visit to Cyprus for our short film project. I say memorable not only to describe the production itself, but because during her stay, her flat welcomed an uninvited guest one evening. To Maja’s surprise and delight, that guest, a very loving white cat, gave birth to two tiny kittens on her bed on the first night. The intricacies of filmmaking at its best! 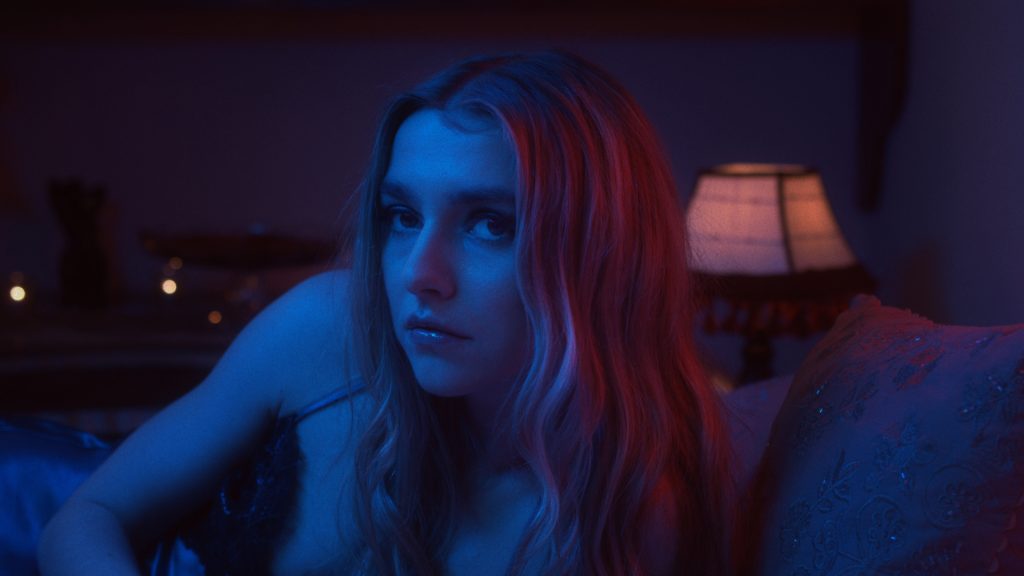 Maja Laskowska as Veronyka in Konsomatris

Production took place over 6 days towards the end of February and early March 2019. Also on board was Andrew O’Connor, an immensely talented Director of Photography, who with limited resources, made the film look like a film. Every day was a mix of an adventure and a nightmare, and it’s hard to summarise all that what went on. February was one of the rainiest months in a long time, leading to floods. There were flight cancellations, meaning Gunyol Bakoglu (playing the father character) who we were flying in from London, would nearly miss the shoot. Yet, beautiful surprises also occurred, when thirty extras turned up for a much-needed crowd scene when we were hoping for ten at best. Watching the footage at the end of each day gave us confidence that we were piece by piece, putting together something worth our while. Running around like headless chickens, occasionally, does pay off.

In June, we returned for pick up shots and additional dialogue recording. Most importantly, we had one week to fully focus on the edit and craft the film we had envisioned. It was comforting to see the film cut together nicely; our elongated planning had paid off. A few scenes were removed in their entirety, other scenes trimmed to the length that best served them. The colour grading, the sound mix and visual effects, are all vital to the film and can only come together after a long process of careful deliberation.

In nine minutes and forty seven seconds, we tell the story of Ahmet, a young boy, who desperately wants a girlfriend, but is considered to be inadequate. This lack of machismo is re-enforced by his father, a dominating patriarchal figure, and his gung-ho, laddish friends. Only by going through the Turkish Cypriot teenage tradition of losing his virginity to a sex worker will Ahmet gain the right to become a man and win the heart of the girl he desires.

Thank you to everyone that supported us on our journey during the last 3 years – we truly appreciate it. 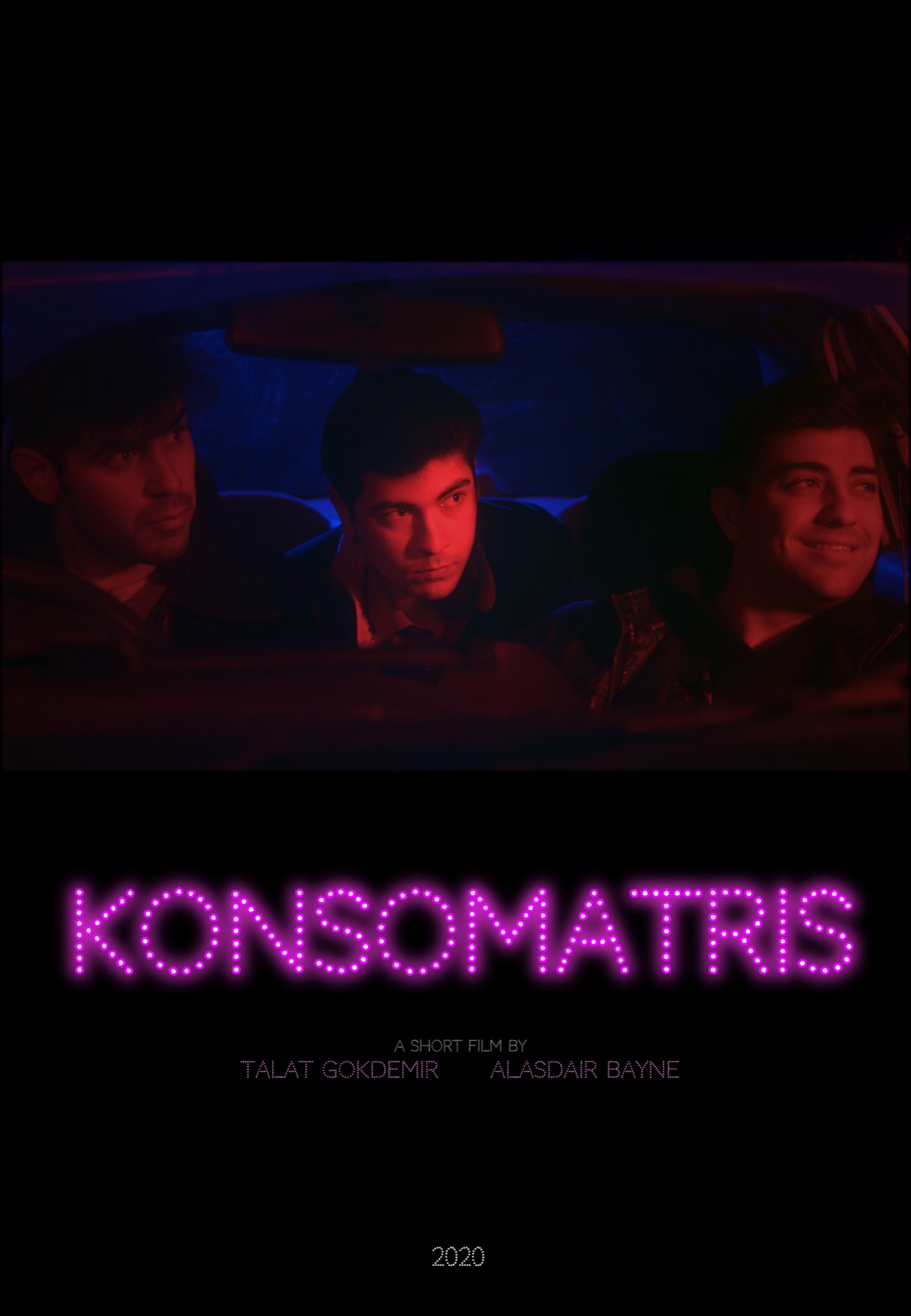