by Talat Gokdemir
Comments Off on The Master: Imagining the fresh air 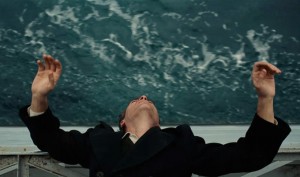 That’s how ‘The Master’ welcomes us. A hopeful way to begin an intense journey for Freddie, portrayed amazingly by Joaquin Phoneix. A lost soul is the perfect way to describe him; his psyche blown apart by the war, wandering some what aimlessly, pondering thoughts of desire and wishful hallucinations of the past. 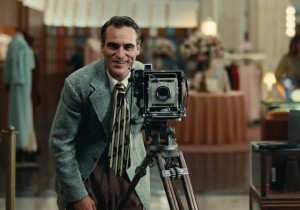 A common weakness in humankind is nostalgia and how we deal with it. Or how we don’t deal with it. Or that we can’t. Consuming memories, ongoing depression. It leaves us vulnerable, easier to succumb to manipulation. This is where Dodd comes in to play. His courageous stature, titling himself ‘Commander’ (and then ‘Master’), his way with words.. Dodd presents a basic idea that can appeal to anyone, of reliving moments and past lives. Being able to capture the minds of the post-war American’s so easily, travelling in time in order to is ingenious. Yet also his greatest weakness. His son is aware of all the bullshit, his wife ever so controlling, the people around him the more deceiving. The only way he can keep it together, ironically, is with the poison offered by Freddie. What results in two boys rolling about on the front porch of a garden. Playing innocently, ignoring everyone around them. Isn’t that what kids do together when they are having fun? They make up a game, a story and go with the flow. 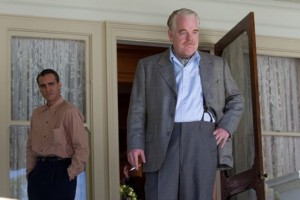 Freddie finds comfort in the wisdom gained by Dodd, whilst for Dodd he is a mere test subject. The scenes of Freddie walking back and forth throughout a room shows how entangled he is both in his life and in the clutches of the Master. Yet, all he wants is to return to the basic human instinct, the touch and the feel of a loving women, her lips, her breast, her all together. Only by consuming poison can he cope with the loss. Philip Seymour Hoffman manages to capture the essence and demeanour of the struggling leader as Dodd becomes a great tool in his hand, representing good will with somewhat ill intentions. Nothing is really as it seems, just as Dodd creates a new version of the book, making one very important change. ‘Imagine’. 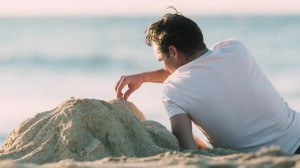 Some may classify Freddie and Dodd’s relationship as of a father-son one, some even like two lovers. It is strange yet so genuine. Aren’t we pulled towards individuals in our life where we question our judgment, yet ignore and pursue them even more? Where does logic end and insanity begin? Is there a middle ground? ‘The Master’ masterfully can toy with many ideas and this is what impressed me the most. Paul Thomas Anderson has once again created a multi-layered film which has the ending credits rolling away and our minds captivated, still engaged, still imagining..