15/12/12 – Very simple really. I have five short reviews for the last five films I have seen. Also Merry Christmas!!

The Hobbit: An Unexpected Journey = Returning back to Middle Earth was a great feeling, it was nostalgic and an incredible thing for fans like myself. I had read ‘Lord of the Rings’ and ‘The Hobbit’ back in high school just before the films came out. I was perplexed by the writing style and the amount of information contained on each page, enabling the creation of such a detailed, vast world. My obsession continued with multiple readings of them and also ‘Silmarillion’ and ‘Unfinished Tales’. So although biased, I do believe I can offer a fairly objective review of the film.

First and foremost, I watched the film in 2D and 24fps. No need for any extra fanciness (Potentially for the second viewing). To cut to the chase, I loved it. Just the feeling of experiencing the same colours, the music, the characters was incredible. I do acknowledge that the convenient appearance of certain characters at the nick of time happened too often and especially the goblin cave action scenes went on far too long. But in general, Peter Jackson has produced a good first part to the new Trilogy (and made a good film finally after the disappointing ‘King Kong’ and the abysmal ‘The Lovely Bones’) and I hope that the padded out narrative will lend itself to a richer trip throughout Middle Earth. 4/5 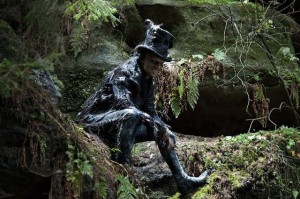 Cloud Atlas = After everyone fell in love with the amazingly long trailer that came out a while back (I even ranted about it in one of my previous blog entries: https://www.talatgokdemir.com/risetrailers), I thought I might as well give it a watch. Apparently it is the most expensive independent film ever made and reading about the effort the filmmakers put in to it to get it made, I do have endless respect for them. Yet I fell asleep twice and it took me twice the amount of its running time (which is close to 3 hours!) to finish watching ‘Cloud Atlas’. Overall it just felt hollow, despite all the actors playing multiple characters over the course of hundreds of years and despite the been there-done that feel of the ‘we are all connected’ message throughout the film. Maybe I’m becoming immune to these kind of cheesy films. Although saying that, I do have the urge to watch ‘Love Actually’ again. Hmm.. 2.5/5 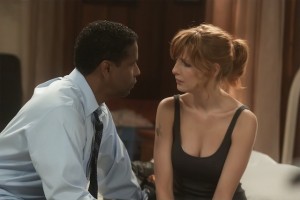 I will quit drinking, cross my heart, hope to die!

Flight = The film ‘Flight’ ends with the question “Who are you?”. Quite ironic in the sense that despite a powerful premise, the film lacks any real development in story or character. We never care for anyone, therefore another waste of potentially good material. It’s a real shame really as the premise is really damn interesting. We follow Denzel Washington’s shallow character (1-dimensional throughout the film) as he manages to crash land the plane while he is intoxicated. What follows is him trying to convince everyone that he was the only person able to land the plane, no matter how drunk or high he was. So many years of directing bland mo-cap animated films must’ve really affected Robert Zemeckis as the film fails to emote, just like his lifeless, creepy computer generated characters. Shame.. 2/5 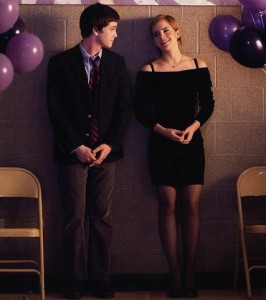 I thought you were British?

The Perks of Being a Wallflower = This was one of those films were I felt I should’ve read the book first, it has that condensed feeling to it. The film itself isn’t anything special but it’s a well put together piece about growing up and the high school period of our lives. With some serious darkness sprinkled on to it, which I wasn’t expecting to be honest. It was tough to get used to Emma Watson’s US accent too but I have to say, she is quite decent. 3/5 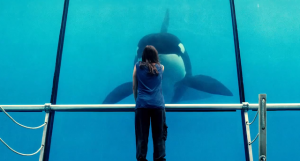 Only an Orca Whale can statisfy my craving!

Rust and Bone (De rouille et d’os) = After the fabulous ‘A Prophet’, director Jacques Audiard follows that with a film that suffers from a serious lack of focus. There are so many disjointed elements to the narrative – We have a single father and his son, we have a lady who has a traumatic accident, then some sexual satisfaction issues, vicious street fighting, awkward bonding, then another traumatic accident, followed by a somewhat forced happy ending. Although shot well and acted quite decently (With ‘Bullhead’ and now this film, Matthias Schoenaerts will probably make a move to Hollywood very soon), the rest is just not up to par with his previous film, far from satisfactory and never comes together as a whole. (What I got was that the Cotillard character wants a man as a big as a whale, I don’t think I’m far off?) (no pun intended). 2.5/5

13/6/13 – Before I start mumbling, lets first see what Wikipedia has to say about the word ‘Cohesiveness’. “… A group is said to be…

19/11/12 – The waves. The blue. The ship. That’s how ‘The Master’ welcomes us. A hopeful way to begin an intense journey for Freddie, portrayed…