Time is of the essence

26/8/12 – Time is a human construct, something we depend on and make all decisions upon. What follows are my ramblings which kinda relate to time and also relate to the latest Batman movie.

Christopher Nolan is one of those directors who never failed to amaze. Memento, The Prestige, The Dark Knight – all are constructed to indulge us in entertainment and conversations. Lately though, starting with Inception and continuing with The Dark Knight Rises, Nolan has became a slave of his format and a lazy slave unfortunately. I’m not going to discuss Inception at all because to be honest, I did enjoy it very much but it did leave me emotionally ‘meh’. Dark Knight Rises on the other hand, is one of those failures that has received mostly universal praise only because it follows the exact Nolan format, not because it does it in a successful manner. Three reasons why: 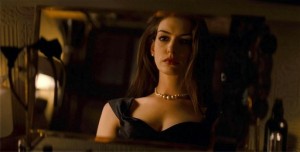 I hope I get to kill the baddie at the end

If you take her out the film, nothing changes. It’s unbelievable how ‘unnecessary’ she is throughout the whole narrative. The only reason she is there is to obtain a magical flash drive that will erase her past. That’s it. She may be super sexy with amazing legs but can someone tell me why Batman is so insistent on trusting her, although she continues to betray him at every chance she gets? He keeps on uttering lines like “You are better than this” or “There is good in you” even though he doesn’t know her one bit! The only reason that can explain this is that Batman is thinking with his man-parts and Rachel has been gone a bit too long if you know what I mean. So basically, we have a script with a character that doesn’t need to be there. Time has been created for her, therefore allowing this to be a part of the script. 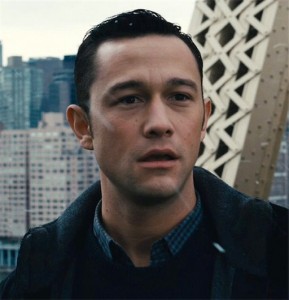 I have creepy eyesight vision

Joseph Gordon-Levitt’s character is so damn boring. If not for the twist at the ending, would anyone even remember him? Be honest. Don’t get me started on his motivations as the one given in the film is an embarassment for Nolan. Blake, in a nutshell, explains that he saw Bruce Wayne while he was an orphan child and that he looked in his eyes, recognising the same sorrow he shares etc. Yes, that is why he knows he is Batman. Unbelievable. So another character that shouldn’t have any place in this script is playing a major role in this film. Time has been created for another pointless character. 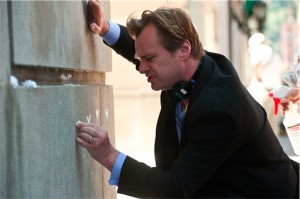 Time to get back to the basics

Nolan likes unlinear storytelling and also loves parallel storytelling a.k.a. the nolan format. He has done it really well in the past. With the inclusion of two empty characters though, the whole thing falls apart. Add to that shamblings like the near-inaudible voice of Bane, the forced addition of Marion Cotillard’s character, the dumbest police force ever and even weaker flashbacks, the whole format collapses under the sheer weight of crudeness. What we are left with are loads of parallel short scenes, played back to back in ultra speed, leaving no time for the audience to even comprehend and think about what happened before. This is the exact formula and format movies like Transformers and Prometheus utilise. Using time in such a way that most of it consists of nothing, yet the audience keeps on watching because they haven’t realised they have been tricked again.

Let’s hope that Christopher Nolan, with the Batman franchise behind him, can imbue his storytelling with his next project and decides to exit his comfort zone. That zone has treated him well but it’s time to move on. Time is of the essence.

31/7/12 – No way its just me feeling this, trailers are getting out of hand. First its the latest trend of teasing the teaser trailer,…