Konsomatris: From Conception to Culmination (Part-1)

29/12/2019 – Alasdair and I arrived to a supermarket and had parked the car; we needed some snacks. To our left, also parked, was a white van. And one by one, a group of young women (sex workers) in colourful, sporty attire, led by one man in sunglasses (their pimp), got out and walked towards the entrance of the supermarket. His attention now solely on them, Alasdair gestured towards me with an enquiring look. As a Cypriot from North Cyprus, this wasn’t something out of the ordinary for me; it’s oddly very normal. Yet, to see my colleagues fascination with this instance was something that created that initial spark. It was the March of 2015, and we were on a short trip to Cyprus for a reccee of locations for Haftasonu, the film we were going to make later that Summer. And inadvertently thanks to this brief interaction, we knew what we would try to do next.

Konsomatris was born from a multitude of experiences. It’s also a predicament I found myself in during my late teens. Whilst most boys around me were boasting about their delight at visiting the nightclubs, I was never too keen to do the same. It’s acknowledged that not all nightclubs in North Cyprus are simply a place for boozing and dancing, but a destination for debauchery that includes prostitution and sex trafficking. Deeply embedded into the society, these clubs attract all sorts of characters full of machismo and are accepted as venues for the rite of passage of young boys to lose their  virginity. This particular culture forms the backbone of the patriarchal society and shapes the lives of the people within the Turkish Cypriot community.

In November 2016, having already agreed with Alasdair (who I will refer to Ali from now on) to co-write and co-direct a short film, we began to note down our thoughts, and outline a rough structure. Weekly meetings at cafes, getting excited over new ideas, jotting down new pathways… By the Summer of 2017, we ended up with a 40 page script. A page-turner full of drama, intensity, and thrills: A story of a young woman from Ukraine, charmed by a young Turkish Cypriot man, who invites her to work at his club in Cyprus. Only on arrival, she realises what the job really entails, and her fantasy of a perfect island life disappears. She escapes the clutches of the evil club owners, and eventually finds herself at the border crossing between the North and South divide of the island, without a clue what will come next. A symbolic representation of both her predicament, and the island itself. Realistically, it wasn’t something we could even fathom putting together, and more importantly, not a story we particularly wanted to tell. It lost that personal, honest touch and had become, in essence, a cliched drama about a young women forced in prostitution. What captured our imagination the most though was a group of young boys who she encounters during her escape; these innocent looking teens out for an adventure to fulfill their desires. 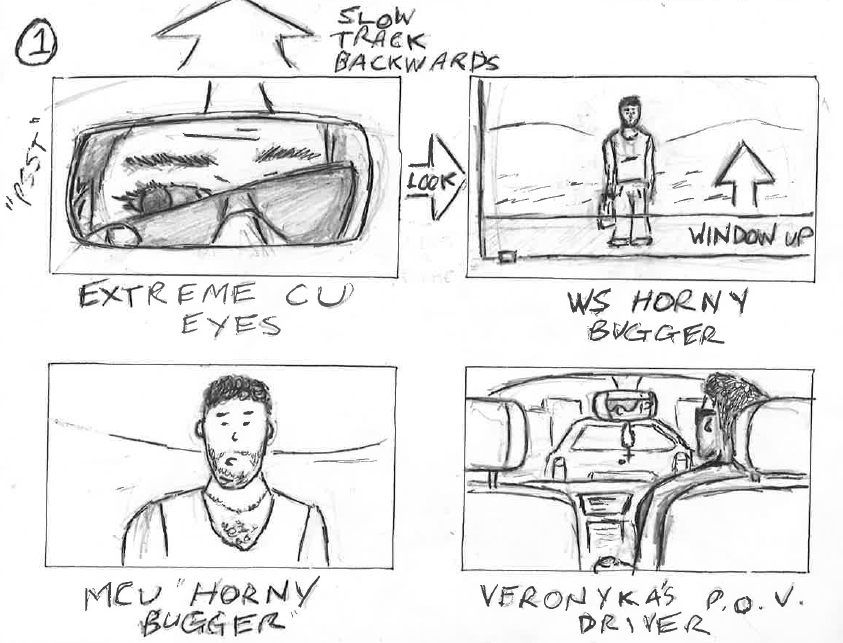 Ali prodded me to talk more about my personal experience as a young boy. The feeling of peer pressure, raging hormones, the fear of being called gay, the wish to be like others and fit in… Trying to remember the most banal details; how much money it cost, how did you get there, who did you go with, how did you choose, who greeted you, what the women was wearing, her age, what you talked about, how was ‘it’… The aftermath, feeling of being a man, the guilt/non-guilt, nonchalance… Suddenly, the film wrote itself. It stopped being a drama, and became a piece of observation. What became apparent was our desire to have less dialogue and more emphasis on visual storytelling. We liked the notion of the audience taking a step back and witnessing the scenes, not fully empathising with the protagonist – now a 17 year old boy in high school. And over the course of a week or so, a new 15 page script emerged. 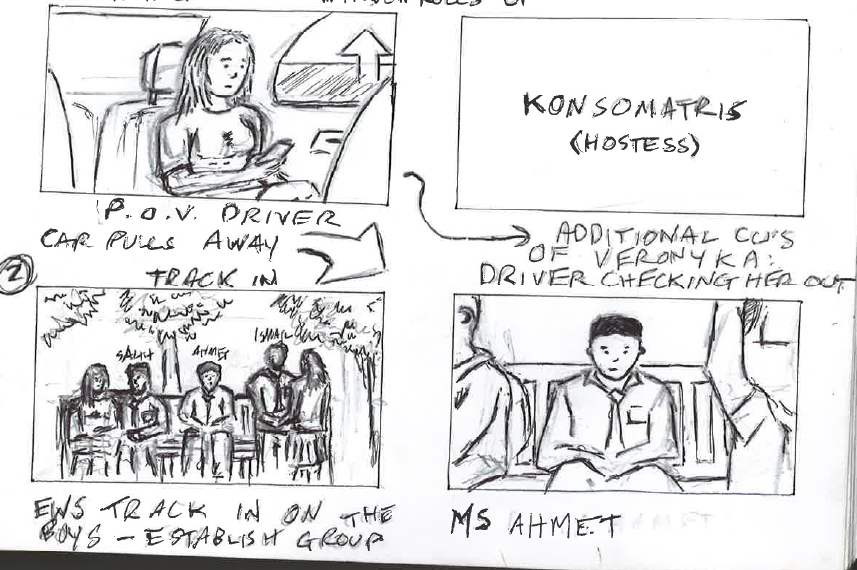 After some attempts of seeking funding, it became clear this was going to be a self-funded project. In 2018, we began looking into how to cast the film. Between Ali and myself, we travelled to Cyprus five times. We met potential cast and crew, we did readings and rehearsals, we were introduced to people that volunteered to help us, we spoke to many men and their experiences of visiting the clubs. We spoke endlessly about our ideas, debated our themes constantly, storyboarded each scene to both of our satisfaction, redrafted the script until we knew it by heart. We even paid a visit – strictly for research purposes – to one of the clubs. Overall, we embraced the bizarre feeling of being on the precipice of the unknown future. We both had full time work, and to balance that with making a short film abroad, combined with all the responsibilities of being a producer, made us think: Would we really get the chance to make this film?

31/12/2019 – Another year, another bunch of great film and television! As I was busy making my own short film, I initially thought I didn’t…

6 December 2019 – All done! We are hoping to screen the film next year in festivals around Europe – watch this space! 26 September…