Moving on with a load of memories

6/7/14 – The concept of returning back to familiarity has always fascinated me. Looking upon something which once ignited a certain feeling and remembering the visual, the smell, the texture and how it straight away brings you to a moment we experienced. It makes the past ever so more real – it proves it actually happened. Yet, nostalgia usually has a negative connotation in the sense that it evokes the limitations of humanity. We aren’t able to relive any moment in our lives a second time; each one is unique. As we grow older, those very special times in our lives become distant and hard to replicate.

Due to being half Cypriot, I have the compulsory ‘responsibility’ to complete my military service, serving my country as each male citizen has to do. All that bull aside, I’ve found myself again on the small island of Cyprus, which I lived between the age of 6 and 22.  As I stepped into my bedroom, what struck me was the unlived nature of its current state. All the walls had been painted, posters taken down, furniture moved around, a new lamp shade, a new clock and some new wallpaper. My room also has a very interesting cupboard which was the main reason I had chosen this room long ago when I was 6 – a walk in cupboard. A small playground of my own. It had stored all my notebooks from my school years, my various Nintendo consoles, boardgames, puzzles… Luckily they are still there, stored away or in neat piles. The walls are bare though, showing no evidence that they were once covered in stickers of the series Baywatch or World Cup ’94. No photo exists of the interior of this cupboard, only what lives on in my memory and the memory of the ones who once entered it. Although it may not seem significant at all for a stranger, for me it meant the world. 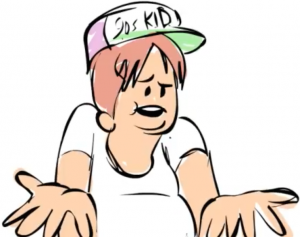 Memories mean everything for me. I have always been one who thinks about the past and hopes to be able to grasp it one more time. Even as I enter the final years of my 20’s, each dream at night takes me back to a combination of my friends who I used to play with at primary, secondary or high school as we try to avoid the many disaster scenarios my brain likes to conjure. So when I found a section in my bedroom that hadn’t been painted over, a piece of my childhood and puberty that still existed, a giant smile on my face appeared, followed by laughter. This was indeed the same room I grew up in but just like me, had become mature, more understanding of how the world works and more in peace with himself.

You see, I used to write under the window sill. A word or two every couple of months or each year. The window sill itself isn’t very long at all so I had to be very precise on what I decided to write. It wasn’t going to be expressing deep thoughts about the world and it was certainly not going to be any mathematical equations that could rival the String Theory. It was going to be exactly what a stupid teenager who was fighting every single hormone in his body to act like a grown up was going to write. Love, computer games and football. The difference with me was that I always (and I still do) add the date and sometimes the time on.

An entry in 2003 (day and month not visible due to fresh coat of paint) states excitedly that “I’m growing up!!!” By entering the exact date, in my mind I have a proof that this exact moment took place and it will exist forever within this marking. It’s a weird fixation I have with the past and the time passing – even when I play scrabble, I tend to note down the date and time above the players name. It’s kinda emotional, as I now have papers with the time and date of when I played with my granddad who has now passed away. 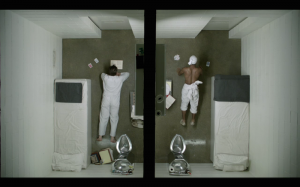 Another entry under the window sill entered on 7 June 2003 at 23:42 simply says “I’ve gotten my final school report and school is over sob sob”. My high school years were over and I would never be a kid in that sort of environment ever again. Ever since primary school, my friends wished to grow up whilst I preferred for time to stand still. Maybe that’s why I included dates and times everywhere, wrote under the window sill and was affected so much by my now new looking bedroom. All of that is my childhood which I will never get back and seeing them disappear also is a bit sad. But then again, growing up is maybe just that right? Moving on with a load of memories.

ps. For a more quality look on how time passes or being lost in time, Rectify is quite an interesting tv series on this subject.