26/10/14 – I have to say, I was hesitant at first. I had already did my fair share of travelling in the past 9 months and took some unpaid time off from my day job so I wasn’t jumping with joy with excitement when I received the email saying I had been accepted to attend a screenwriting workshop in Lithuania. It took me some time but in the end, I decided to go. ‘Weekend’, my short film written to be shot in Cyprus had been selected on the basis of its synopsis. As it’s been my passion project since I conceived of it back in 2010 and following failed attempts to shoot in 2012 and 2013, I didn’t have much to lose. Well besides the tuition fee.

I was very happy with the script which I had written 10 drafts of, the most I have ever written for any script. All I wanted to attempt to change was taking out the role of the children. The narrative had elements of abuse which I knew were gonna be hard to achieve on a island like Cyprus. It’s still a sore subject that pre-production came to an abrupt stop due to parents not wanting their children to be a part of a project that talks about this kind of a sensitive subject. 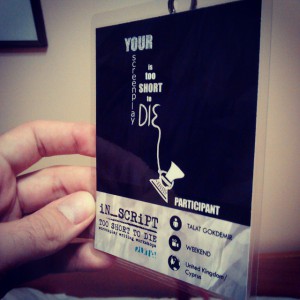 So once I reached Lithuania and the small resort town of Druskininkai, it was hard to hear from the tutors that I would need to do a lot of more changes than just that – the core of the film would need a major overhaul. It took me a day or two before I got used to the idea that I would need to open my mind to the various feedback that I was getting. “Make it more personal” and “Write what you know” were the two points that were repeated many times. This can be hard especially when you are so passionate and protective of something you believe you know the best – your idea. 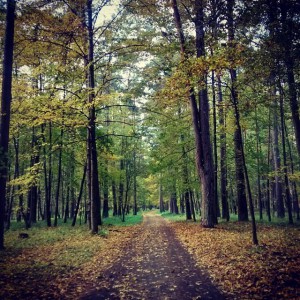 After day two, I managed to think of it as an alternative version and start writing a synopsis around this new universe. Same characters, similar structure but a more real and grounded approach. By the time I reached day five which was the final day, I had completely removed all the child roles and reshaped the core relationship of a father and son into something more relatable and definitely more Cypriot. It became the definitive version. 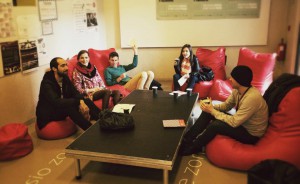 You see, I’ve never really made a proper film in Cyprus. Actually, I’ve only ever directed one short which I can kinda show to anyone else. But this one has always been very clear in my head. Not in the sense of narrative but in feeling and mood. I want to tell the story of the people of Cyprus. I want to talk about the generation gap, the different ideologies, the pressure of growing up and becoming an adult, not living in the shadow of someone and the plain fear of “where do I belong?”. Identity is the key word in this short script. “What does someone do if they can’t identify themselves in a familiar environment?” 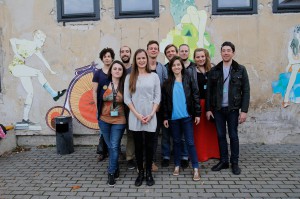 Participants of the workshop

During our lifetime, we see change all around us. Friends appear and disappear, family members come and go, some die. Sometimes we don’t realise the changes around us and sometimes we hope that things will change. But there are moments when you know that no matter what happens, nothing will change. Some stains can’t be removed. Hmm, maybe I should put that on the poster? 🙂

So I returned to London, inspired and ready to get back to writing. I thank all the great writers and directors, both the tutors Jan Fleischer and Angeli Macfarlane and the organisers of InScript for creating this environment. You gave me hope at the most perfect time.

10. EXT.HASAN’S HOUSE.DAY The car parks in front of the house. They both get out. Hasan grabs his bag from the boot. They hug. IRFAN…

Moving on with a load of memories

6/7/14 – The concept of returning back to familiarity has always fascinated me. Looking upon something which once ignited a certain feeling and remembering the…

1 Comment on Moving on with a load of memories