18/10/15 – Autumn has arrived. Its golden aura, surrounding most of us with a feeling of being down and miserable. Not me. I never have been a season person, not one of those “I need the sun” addicts. I guess 16 years of Cyprus does that to a person. I’ve had my fair share, so I can deal with moody weather for the rest of my life. 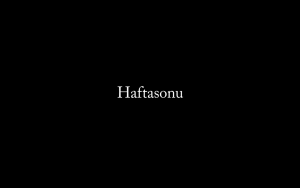 What I’m trying to say is that, weather never has dictated my mood. Working three days a week and the other four being devoted to myself is what makes me feel good! Part-time bitches!

You see, I’m at the stage of editing my film. Just watching the progress of it getting shorter yet more concise, and therefore becoming a more coherent and watchable piece of work, is a gratifying experience. Only three months ago, I had just completed the production of ‘Weekend’. A small cast and crew worked endlessly to film my script to the best of their capabilities. It’s a very weird feeling to return back to normalcy after such an extreme schedule of concentration and long hours of production. But it’s done, it’s really really done. 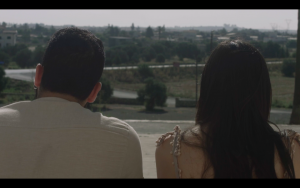 ‘Weekend’ is a film that uses the cypriot landscape not just for aesthetics. It’s a land of tradition but also a land of ever-going change. Therefore I believe that international audiences, if given the opportunity, will feel certain familiar aspects to their own lives as well. But in the end, who knows if anyone will really connect with the story or appreciate the nuances that we hope they, the audience will get? Or maybe, there isn’t anything to get? Art is subjective, some will find meaning where others will find a blank canvas. Some will interpret a blank canvas according to their own life experience and fill it with philosophical and psychological subtext. I can only hope to reach hearts and minds that are willing to go along with me on this journey. Liking or disliking is secondary compared to connecting; once you connect, a discussion can be held on the film itself. That’s what I hope to achieve. 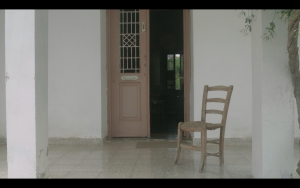 14. EXT.HASAN’S HOUSE-BACK GARDEN.DAY FATMA(60) is kneeled down, watering the vegetables with a hose pipe. She turns her head as she realises someone is standing…